This video by Sci Show takes a look at the rise of the microscope, from its earliest form – little more than a tube with two lenses – to the advanced apparatus scientists use today. Along the way there’s no shortage of quirky little stories about how they’ve been put to use, too.

This is just plain beautiful, no matter which way you slice it. Using the magic of time-lapse photography and microscopy, Vyacheslav Ivanov captured the formation of those ice crystals we call snowflakes.

Have you ever been stung by a jellyfish? If so, you’ll know that it really hurts. But how do they actually sting you? Well, as Destin from Smarter Every Day explains in this video, their tentacles have microscopic organelles called nematocysts which are basically like tiny hypodermic needles. If you graze their tentacles while swimming, the thread-like nematocysts quickly shoot out and then inject venom into your skin. The whole process is extremely fast and amazing to watch, and these guys managed to capture it in slow motion under the microscope.  See more at iflscience.com.

How to Use a Microscope & Oil Immersion, very informative!

From a nail-bitingly tense chase sequence all the way to a seemingly impossible run down an all too narrow alleyway, this video of a ridiculously-dogged white blood cell in hot pursuit of some fleeing bacteria is a master class in suspense done right.

The video sequence above depicts a neutrophil dodging through a path of red blood cells to catch up some Staphylococcus aureus that had only just been added by researchers as they filmed. Though it wouldn’t be widely seen until decades later, the footage dates all the way back to the ’50s when it was actually taken by Dr. David Rogers, who would later go on to chair the National Commission on AIDS, but at the time was researching infectious diseases at Vanderbilt University. 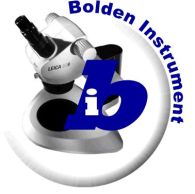 Mathematics under the Microscope

A zoo for thought experiments.

of Microscopy, Microbes and More